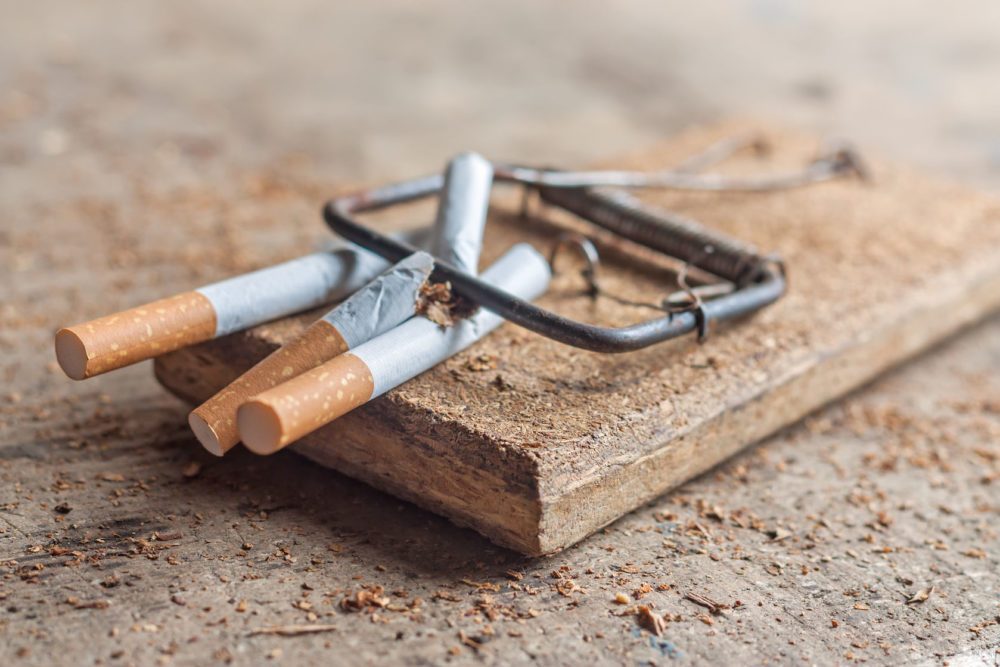 I remember 8 or 9 years old that I took a cigarette from my mother and a lighter, I went to the bathroom and lit my first cigarette, I don’t think it took me to the lungs in my first puff, but I do remember that it tasted like lightning . I felt one of the biggest disgusts in my life. I could not have imagined that this was my first experience and that I am now writing a post about how I overcome my hell and How to quit smoking with CBD.
In the olden days, smoking with a child or in a car with them, at home or wherever was not considered insane. To this day, I still see him and look impassively at smokers with babies or smoking in parks, and I see in their eyes that they have no idea why I look at them with disgust. The disease is such that they say … ah, nothing happens to it because of a little smoke, the smoke from the cars is worse …
Actually, most smokers are not aware of how unpleasant smoke is for someone who does not smoke and is not a passive addict … Yes, a passive addict is one who likes to smell the smoke of others. Already a very light addict, this profile has a good chance of being a future smoker.
From 2001 to 2015 I have been an active tobacco smoker. Because passive, I was long before, when smoking was allowed everywhere. Restaurants, hotels, schools, even in hospitals I have smoked.

After a period of great stress where each story surpassed the previous one, I smoked almost two packs of cigarettes a day.
I knew that smoking was bad, but well, like everything, but the amount of tobacco I smoked in those months was at least two packages a day. I smoked like there was no tomorrow.
The consequence came, for smoking
For some time now they told me that I woke up in the middle of the night as if suffocating, apart from this I realized that it sounded like a beep when I breathed when sleeping …
With these symptoms, I was able not to quit tobacco. I tried to reduce it, make up stories, but it was a waste of time.
The biggest problems that I saw reflected in my body, or so I saw, about tobacco addiction, were two:
I started coughing a lot at night and the feeling was that between coughs and coughs I didn’t have time to catch air and I was left with nothing to expel in the next cough. Indescribable, my lungs seemed to be breaking.
With every sigh or minimal cough, a taste of blood came to my mouth.
Both for case one and two, I looked them up on the internet and everything related to smoking. On the one hand, the reduction of the respiratory ducts caused a hissing sound with the passage of air. And case number two, even more serious was the icing on the cake, as I saw the physical damage represented in blood in my mouth every time the breathing was stronger than normal.
As a drastic decision I radically quit tobacco, I did not smoke, but I decided to quit and suffered it.
Having two days of abstinence, my health, I think, was unfortunately recovering, but I sinned as the body asked me for poison … and I gave a few puffs to a cigarette. At night the symptoms returned strongly … After this irrefutable test, I really decided to leave tobacco for my whole life.
stop smoking with CBD

CBD oil was recommended to me and I decided to give it a try as I had tried quitting a thousand times before and this time it had to be my last.
I took the path of just taking CBD oil and smoking a lot less and when I did I would drop CBD oil on my cigarette, a drop. After several weeks, he only smoked two or three a day. Already at this level I bought an electronic cigarette and took the step of leaving it entirely. I used CBD oil at 7.6% CBD and CBD vaping liquid at 1.5% CBD.
This was so and continues to this day. In addition to quitting smoking with CBD, I have discovered the potential benefits of cannabidiol for therapeutic use.
It can be said that I have come out of a sentence. There are many that are presented to us and in which we are involved, but I have definitely gotten rid of the worst, the most carcinogenic and the most addictive …
I never have a cough, the phlegm that I expel “from time to time” is totally clean, it does not claw my throat, nor do I have punctures in my chest, I am able to climb the stairs three by three and as if nothing …

From TodoCBD, we offer you a summary of various investigations of CBD for AIDS / HIV. HIV is a typically asymptomatic virus that causes AIDS and interferes with the body's ability to fight...
Read More

Buy CBD oil, improve your health CBD oil is the extract from the cannabinoid known as cannabidiol. It is extracted from the cannabis plant, has no psychotropic effects, and is perfectly legal in...
Read More