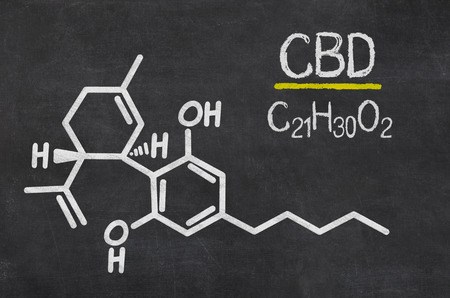 Cannabidiol: Barriers to research and medical benefits of CBD
Mr. President, Mrs. President and members of the Senate Drug Committee, thank you for inviting the National Institute of Drug Abuse (NIDA), a component of the National Institutes of Health (NIH), to participate in this hearing to share biological knowledge and the possible medical benefits of cannabidiol. Due to the rapidly evolving interest in the potential use of marijuana and its derived compounds for medical purposes, it is important to take stock of what we know and do not know about the therapeutic potential of CBD and other cannabinoids.

Framework
It is important to mention that 23 states and the District of Columbia have approved the use of marijuana as a medicinal use. Here we will show a review of the science claims about the therapeutic power of CBD and of the studies in progress by the NIH (USA). These studies aim to specify the possible medical benefits of cannabidiol, such as epilepsy, anxiety disorder, schizophrenia, cancer, pain, inflammatory diseases, and others.

CBD biological and therapeutic fundamental reasons.
CBD is one of the more than 80 active cannabidiols in the marijuana plant. Unlike the main psychoactive in cannabis, tetrahydrocannadibiol (THC) CBD does not cause euphoria or intoxication. Cannabidoles have their effects mainly by interacting with specific receptors in the brain and body cells such as CB1 (receptor, found in neurons and glial cells of the brain) and CB2 (mainly found in the immune system. There is also increasing evidence that CBD It acts on all brain signaling systems and that these actions can be important contributors to its therapeutic effects.

Preclinical and clinical evidences.
Rigorous clinical studies are still needed to assess the clinical potential of CBD and the medical benefits of cannabidiol for specific conditions, however preclinical research (including both cell culture and animal models) has shown that CBD has a range of effects. They may be therapeutically useful, including antiretroviral, epileptic seizure, antioxidant, neuroprotective, anti-inflammatory, analgesic, anti-tumor, antipsychotic, and anti-anxiety antibodies.

Antiseizure effects.
Several studies conducted in the past two decades have reported that CBD has anti-seizure activity, reducing the severity of seizures in animal models. Additionally, there have been several anecdotal case studies and reports that suggest that CBD may be effective in treating children with drug-resistant epilepsy, this being one of the first medical benefits of cannabidiol. However, only a few small randomized clinical trials have been conducted examining the efficacy of CBD as a treatment for epilepsy. The total number of subjects enrolled in these studies was 48. Three of the four studies reported positive results, including decreased seizure frequency.

Neuroprotective and anti-inflammatory effects.
CBD has also been shown to have neuroprotective properties in cell cultures, as well as in animal models of various neurodegenerative diseases, including Alzheimer’s disease, glutamate toxicity, multiple sclerosis (MS), Parkinson’s disease, and neurodegeneration caused by alcohol abuse. Containing THC and CBD in nearly equal proportions, Nabiximols (trade name Sativex) has been approved in most of Europe and several other countries for the treatment of spasticity associated with MS. It has not been approved in the United States, but clinical trials are ongoing, and two recent studies reported that nabiximols reduced the severity of spasticity in MS patients. Limited clinical trials have been conducted to assess the potential efficacy of CBD for the other prominent indications. However, a recent small study in Parkinson’s disease patients found that CBD improved quality of life scores.

Analgesic effect.
Multiple clinical trials have been conducted demonstrating the efficacy of nabiximols in central and peripheral neuropathic pain, rheumatoid arthritis, and cancer pain. In addition, nabiximol is currently approved in Canada for the treatment of central neuropathic pain in MS and cancerous pain that does not respond to opioid therapy. However, current evidence suggests that analgesia is THC-mediated and it is unclear whether CBD contributes to the therapeutic effects. THC has only been shown to reduce pain, we are not aware of clinical studies that have explored the efficacy of CBD with pain alone. However, the anti-inflammatory properties of CBD (discussed above) could be predicted to play a role in the analgesic effects of nabiximols. CBD’s anti-inflammatory property is another of the medical benefits of cannabidiol. Recent research has also suggested that cannabinoids and opioids have different mechanisms for reducing pain and that their effects may be addictive, suggesting that combination therapies may be developed that may have reduced risks compared to current opioid therapies. However, this work is very preliminary.

Anti-tumor effect
In addition to research on the use of cannabinoids in palliative treatments for cancer-reducing pain and nausea and in increased appetite, there are also several preclinical reports showing antitumor effects of CBD in cell culture and in animal models. Studies have found a reduction in cell viability, an increase in cancer cell death, a decrease in tumor growth and an inhibition of metastasis (reviewed in McAllister et al., 2015). These effects may be due to the antioxidant and anti-inflammatory effects of CBD, however the findings have not yet been explored in human patients. There are several industry sponsored clinical trials underway to begin testing the efficacy of CBD in patients with human cancer.

Antipsychotic effects.
Marijuana can produce acute psychotic episodes at high doses, and several studies have linked marijuana use with an increased risk of chronic psychosis in individuals with specific genetic risk factors. Research suggests that these effects are THC-mediated, and it has been suggested that CBD may mitigate these effects. There have been some small-scale clinical trials in which patients with psychotic symptoms were treated with CBD, including case reports of patients with schizophrenia that reported conflicting results; A small case study in Parkinson’s disease patients with psychosis, which reported positive results; And a small randomized clinical trial that reported clinical improvement in schizophrenia patients treated with CBD. Large randomized clinical trials would be needed to fully assess the therapeutic potential of CBD in patients with schizophrenia and other forms of psychosis.

Anti-anxiety effects.
CBD has demonstrated therapeutic efficacy in a number of animal models of anxiety and stress, reducing both behavioral and physiological measures (eg, heart rate) of stress and anxiety. Additionally, CBD has been shown to be effective in small clinical and laboratory trials. CBD reduced anxiety in patients with social anxiety undergoing a stressful task of public speaking. In a laboratory protocol designed to model post-traumatic stress disorders, CBD improved “consolidation of extinction learning,” that is, forgetfulness of traumatic memories. The anxiety-reducing effects of CBD appear to be mediated by disturbances in serotonin receptor signaling, although the precise mechanism remains to be clarified and more research is needed.

CBD security.
For reasons discussed above, despite its molecular similarity to THC, CBD only interacts with cannabinoid receptors weakly at very high doses (100 times THC), and alterations in thought and perception caused by THC are not seen with CBD. . CBD’s different pharmacological properties give it a different safety profile than THC.
A review of 25 studies on the safety and efficacy of CBD did not identify significant side effects at a wide range of doses, including acute and chronic dose regimens, using various modes of administration. CBD is present in nabiximoles, which is approved in most of Europe and in other countries. Because of this, extensive information is available regarding your metabolism, toxicology, and safety. However, additional safety tests among specific patient populations may be warranted if a request is made to the Food and Drug Administration.

Research, opportunities and challenges.
This is a critical area for new research. Although there is preliminary evidence that CBD may have therapeutic value for a number of conditions, we must be careful not to preempt the evidence. Ninety-five percent of drugs that move from promising preclinical results to clinical research do not make it to market. The recently announced removal of the PHS review from non-federally funded research protocols involving marijuana is an important first step in improving